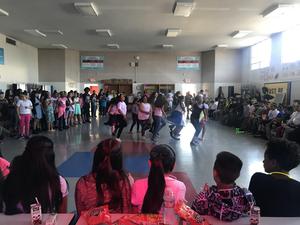 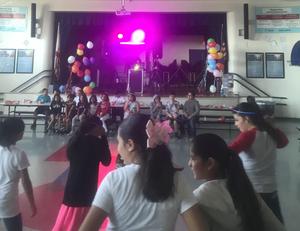 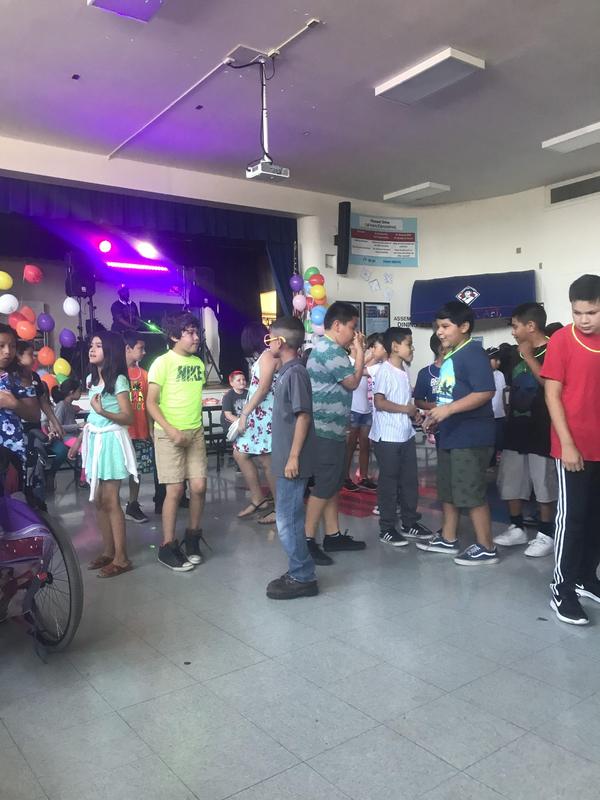 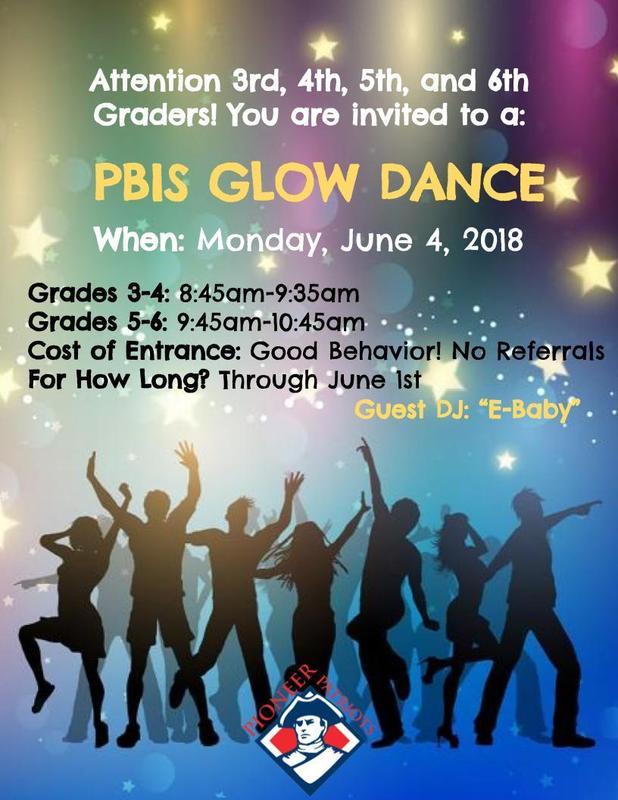 This year, Pioneer  hosted its first ever PBIS Glow Dance on June 4, 2018 at the school’s cafeteria. Pioneer Patriots, Grades 3-6 participated the said event. The dance was planned by the PBIS Committee, headed by Dr. Jazmine Frias, as an incentive for students who have maintained excellent behavior and with no referrals from April until June 1st.

To add excitement, the committee invited Mr. Ephraim “E-Baby” Penn, owner of Pennpoint Dance Academy, who also services the school with dance lessons as part of the pilot lunch program, as guest DJ. The third and fourth graders attended at 8:45-9:35 a.m which were followed by the fifth and sixth graders at 9:45 -10:45. Participants were so thrilled as they prepare to attend the dance. As a matter of fact, one of the 5th Graders, Kevin A. Morales even exclaimed, “I am so excited,” to his teacher Mrs. Angeles as he walked down to the cafeteria.

At the dance, students danced to tunes like Cupid Shuffle, Chicken Dance, and Cha-Cha Slide. Tamarian Hunley, 6th Grader, bested four of his competitors in a freestyle dance competition. Snacks were also served and students signed shirts and papers as they bid their friends farewell. The event ended with sweats and smiles. The occasion was considered by most as a splendid way to end the school year.